The Rideau Canal Skateway: A Jewel on Ice 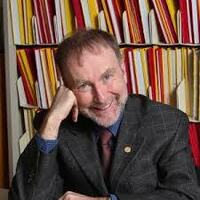 Published in Le Droit on January 17, 2021
Link to original article

CAPSULE OF OUR HISTORY / Half a century ago, a new attraction drew crowds in Ottawa:  a skating rink on the Rideau Canal.  However, according to engineers, it was technically impossible to transform the historic canal, built in the early 19th century under the direction of Colonel By, into a skating rink.  In fact, Ottawa city councillors made the request to the National Capital Commission (NCC) in the 1960s, but it was refused.  However, the arrival of a new president at the head of the NCC would change the winter landscape of the capital.

He is Doug Fullerton, NCC President from 1969 to 1973, who is considered the father of the Rideau Canal Skateway.  He was the one who asked NCC staff to plan the installation of an ice rink on the river for the winter of 1971.  NCC teams then carefully cleaned the surface for five kilometers with shovels and brooms.  Benches and lighting were also installed to welcome skaters in the evening.  In addition, music graced the route.  Note that, at the beginning, the rink was not at all the one we know today, because it was only part of the ice that is cleared between the National Arts Center and the Bronson Street Bridge.

Immediately, the Rideau Canal Skateway became Ottawa's biggest winter attraction. It even had to be extended to Dow's Lake, then to the Hartwell Locks, near Carleton University.

In 1971 the ice rink was open for only 39 days, a record for brevity, but the following year, it was quite the opposite, setting a record of 95 days.  With climate change, this record will probably never be broken; the more recent average skating season is about 50 days.

In 1972, an incident occurred illustrating the problems the ice rink maintenance crews have faced over the years.  Indeed, at the very beginning, the shelters were placed directly on the ice, but an unexpected warm spell melted the ice and all the cabins ended up in the water.  The NCC staff quickly learned that any buildings should be positioned before freeze-up, and should be placed on frames stabilized with gravel to prevent them from sinking through the ice to the bottom of the canal.

The history of the Rideau Canal skating rink took a new turn in 1979 with the introduction of Ottawa’s cold-weather cultural festival, Winterlude (probably inspired by the famous Quebec Winter Carnival).  In fact, the NCC wanted to highlight the winter period in the heart of the capital in a big way and to make the canal skateway a major tourist attraction.  A host of activities were organized on the ice surface, including snow and ice sculpture competitions, shows, fireworks, curling tournaments and bed races.  From the beginning and up to 1985, horse racing on ice proved to be very popular.  Winterlude is now recognized as one of the most important winter festivals in North America.

In 2017, Canada celebrated the 150th anniversary of Confederation. The NCC marked the occasion by organizing 150 hockey games on the canal ice.  The same year, the popular American newspaper USA Today proclaimed the Rideau Canal Skateway as the best in North America, confirming its international reputation.

Longest Rink in the World

In 2005, the Guinness Book of World Records recognized the Rideau Canal Skateway as the longest skating rink in the world at 7.8 km.  That said, that enviable title was contested four years later by the rink on the Red and Assiniboine rivers in Winnipeg, Manitoba, which boasts an 8.5-km length.

In any case, the Rideau Canal's ice remains one of the longest and most popular skating venues in the world, with some 1.5 million visitors annually.  This skating rink is all the more extraordinary now that the Rideau Canal, managed by Parks Canada, has been added to the prestigious UNESCO World Heritage List in 2007.  It is the only world heritage site in our region and the only one in Ontario.  In short, the Rideau Canal Skateway turns out to be the jewel of our cold-weather season.